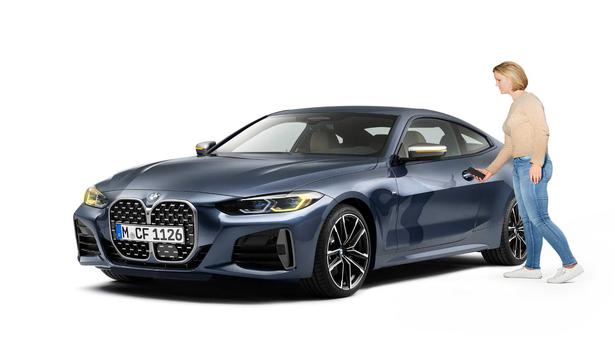 Here’s our curated list of important tech news from this week in byte size.

Some Android phones can now lock, unlock a car

Some Android phones can now provide simple and secure keyless access to a car, allowing owners to lock, unlock and even start their cars. The digital car key is available in select countries on the Pixel 6 and 6 Pro, as well as the Samsung Galaxy S21 series for compatible BMW cars, according to Google. With a BMW digital key, customers can easily unlock and lock their car by simply holding their smartphone next to the driver’s door handle. The engine can also be started when the cell phone is placed in the car’s wireless charging compartment. The digital key can be easily configured via the My BMW app and is stored on the secure element of the smartphone. In the next version, it will be possible to pass the key to five friends, BMW said, adding that features of the BMW Plus digital key based on ultra-wideband will also be introduced for Android smartphones in the future. In another update, more than 3,000,000 Android devices downloaded banking Trojans after falling victim to malware that bypassed Google Play restrictions.

(Sign up for our technology newsletter, Today’s Cache, for information on emerging themes at the intersection of technology, business and politics. Click here to subscribe for free.)

NASA has selected three US companies – Blue Origin, Nanoracks and Northrop Grumman to develop designs for space stations as well as other commercial destinations in space where people can visit, live and work. The space agency said it seeks to maintain an uninterrupted low Earth orbit (LEO) presence by moving from the International Space Station to other platforms. Blue Origin and Sierra Space have teamed up to develop Orbital Reef, a commercially owned and operated space station to be built at LEO, which will begin operating in the second half of this decade. Nanoracks’ LEO shopping destination, in collaboration with Voyager Space and Lockheed Martin, is called Starlab. It is scheduled to launch in 2027 on a single flight as a continuously crewed commercial space station. Northrop Grumman’s design for a modular business destination in LEO draws on flight-proven elements to provide a core module for expanded capabilities. This week, NASA canceled a spacewalk due to threatening space debris that could puncture an astronaut’s suit or damage the International Space Station.

Clubhouse adds support for Bengali and Marathi on Android

The Clubhouse social audio app added support for thirteen new languages â€‹â€‹on Android, including Arabic, Bengali, Simplified Chinese, Traditional Chinese, Farsi / Persian, Hausa, Igbo, Marathi, Nepali, Somali, Thai, Turkish and Yoruba. These languages â€‹â€‹will be available on iOS in the future, Clubhouse noted. The app’s â€œInterestsâ€ feature has also been updated to â€œTopicsâ€ for iOS and Android users. â€œThe topics help you find venues, clubs and people with common passions or relevant expertise,â€ Clubhouse said, adding that the topics will be broader, useful and available in more places. Topics will appear on a user’s profile, although they can choose to hide them with a tap. The topics will be more detailed and granular, allowing users to quickly find what they are looking for on the platform. Recently, Clubhouse announced a closed captioning feature for iOS users and the rollout of its first wave of local language support for Android users.

Signal introduced a donation feature in the app, allowing its users to contribute a certain amount each month that will help pay for the development, servers, and bandwidth of the messaging app, which is being developed by the Signal Foundation. , a non-profit organization. Right now, monthly donations start at 200 per month and users can donate using Google Pay or Apple Pay, depending on the company. Users who become a Signal supporter will receive a â€œStartâ€, â€œPlanetâ€ or â€œSunâ€ badge depending on their contribution. â€œWe’ve designed these subscriptions to only renew if you use Signal during the month. If you stop using Signal or uninstall the app, they will automatically be canceled after the next cycle, â€Signal co-founder Moxie Marlinspike explained in a blog post. The donation process relies on Signal’s anonymous identification system, ensuring that a user’s payment information is not associated with their account, he noted. In a separate development, WhatsApp recently gained regulatory approval to double the number of users of its payment service in India to 40 million.

Qualcomm and Google Cloud have joined forces to accelerate the development of neural networks for the latter’s mobile, IoT, automotive and XR platforms. The duo are collaborating on Google’s Neural Architecture (NAS) research, enabling companies to create and optimize artificial intelligence (AI) models automatically rather than manually, according to a joint statement. Qualcomm is the first chipmaker to offer the Google Cloud Vertex AI NAS. The technology will first be available on the new Snapdragon 8, Gen 1 mobile platform, and then available in Qualcomm’s portfolio. “Google Cloud’s Vertex AI NAS will give Qualcomm Technologies the ability to bring high-precision, low-latency AI to low-power devices such as IoT, medical imaging, automotive and mobile devices, while ensuring memory and power efficiency, “said June Yang, vice president, Cloud AI and Industry Solutions, Google Cloud, said. This week, Qualcomm released its new high-end smartphone chip for high-end Android phones.

Sony’s very first professional drone, Airpeak S1, launched last year, is now available to customers. Airpeak S1 is the world’s smallest drone that can be fitted with a full-size mirrorless interchangeable lens alpha camera. It is designed for filmmakers and other visual storytelling professionals, and is compatible with a wide range of Sony camera bodies. The drone includes the Airpeak Flight iOS app which integrates and monitors all drone related equipment, providing the operator with a real-time status display and on-screen updates. For multiple operators, Airpeak S1 also includes dual operation mode so that one user can use the drone like another uses the gimbal and camera, while each can monitor the content being recorded. The drone retails for around $ 9,000 (around 6.7 lakh) and is available for pre-sale. In another update, paramedics with jetpacks, border police in flying cars, and urban workers traveling by drone are concepts that are part of an advanced air mobility market expected to be worth as much as $ 17 billion by 2025 and $ 110 billion by 2035.

You can find out more at thehindu.com/technology