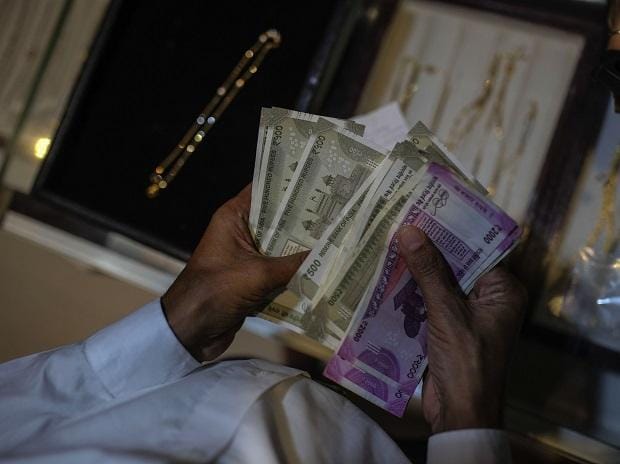 US companies prepare to be part of India’s vision of being a $30 billion economy: USIBC


India is on a journey to re-establish itself atop the tables of global leadership in terms of economy and prosperity, the head of an India-focused US business group has said, noting that US companies are ready to be part of the country. ambitious vision of becoming a $30 trillion economy.

“I have heard from Indian officials talking about India potentially becoming a $30 trillion economy,” he said.

Many American companies and USIBC members understand and appreciate this vision, Keshap said.

India is on a journey to re-establish itself at the top of the tables of global leadership in terms of economy and prosperity. India occupied up to 25% of the world’s GDP. I think that potential is there, he says.

Keshap said American companies are excited and ready to be part of India’s ambitious journey.

Ahead of the India Ideas Summit in New Delhi on Sept. 6-7, Keshap, who is traveling to India with senior USIBC board members and the leadership of American chambers of commerce, said he sees a very bright future for the United States. -Links with India.

“Our engineers work together across time zones, they overcome geography to design the products and services and instruments humanity will use to live better, happier, healthier and more fulfilling lives. So what is happening in US and Indian businesses is increasingly becoming part of a shared high-trust ecosystem, he said.

It is important that America and India work well together not only to capture the full potential of India’s rise, but also to show the value of democracy to the world, he said.

“So it’s very important to build this high-trust ecosystem,” he said.

First, we are setting very good standards, high quality standards for the digital economy, which will grow and grow and grow. Second, we’re working on things like life sciences and the well-being of an aging world and also a young world,” Keshap said.

“India is frankly going to have both with this life sciences component where our companies working together in collaboration for research and innovation are going to be really vital,” he said.

Manufacturing, supply chain and e-commerce are the areas where India is already growing and becoming very strong, Keshap said.

“Given the geostrategic necessities and concerns, I think India has a huge opportunity if it plays its cards right to attract a lot of manufacturing,” he said.

That’s why I talked about the ease of doing business, a level playing field, very clear regulatory structures, tax regimes, etc., and prompt adjudication of any disputes that may arise,” he said. he declared.

“If India can work to create this investment software, I think you will see a lot of investment flowing into India. It will create a lot of high quality jobs, benefit the whole world and help India achieve its It’s a very ambitious goal, Keshap said.

India, he said, could be a true agricultural superpower if it works to create the right conditions for its producers and farmers.

As we look at the $500 billion target, services are going to play a really big role. Manufacturing, supply chain and e-commerce will have to play an important role in the pharmaceutical and life sciences, defense and aerospace sectors, he said.

From my perspective, as the president of a trade association, hundreds of leaders from our 200 member companies see the potential value in India,” Keshap said.

“This is where I think India has a shining moment to take advantage of global trends in the most beneficial way and what we offer is constructive feedback on regulations and ways India can position yourself and position yourself to capture the maximum benefit,” says Keshap.

With this in mind, this year’s India Ideas Summit is focused on maximizing India’s next 75 years of prosperity in the United States, reflecting the milestone of 75 years of diplomatic relations between the states. United States and India and the continued growth of the bilateral partnership for global good.

During the two-day conference, participants will discuss the US-India partnership in the context of the Indo-Pacific and an increasingly dynamic and competitive strategic landscape.

(Only the title and image of this report may have been edited by Business Standard staff; the rest of the content is auto-generated from a syndicated feed.)