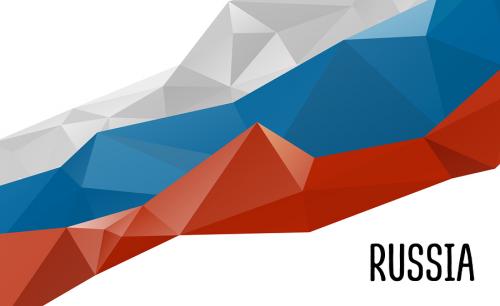 Russia’s bold response to Western economic sanctions after its invasion of Ukraine now includes what amounts to legalizing patent theft against “hostile countries”. On March 5, 2022, the Kremlin issued Decree 299, which stipulates that Russian companies and individuals may use inventions, utility models and industrial designs without permission or compensation from the owner, if the patent comes from a list of “hostile countries”.1 Specifically, the decree sets compensation for patent infringement at “0%” if the patent holder is a citizen, is registered, or has a place of business or principal profit in one of the 48 countries that Russia has previously designated as “hostile”.2 Unsurprisingly, the list includes the United States, Britain, members of the European Union, Australia and other critics of Russia’s actions against Ukraine.

Russia’s alienating move comes after weeks of swift responses from the global intellectual property community after it invaded Ukraine. First, on March 1, the European Patent Office (EPO) terminated all cooperation with the Russian Patent Office (Rospatent), the Belarusian State Intellectual Property Office and the Eurasian Patent Organization ( OEAB) based in Moscow.3 Then, on March 4, the United States Patent and Trademark Office (USPTO) followed by cutting its ties with the same offices.4 As a further blow to Russia, on March 11 the USPTO ended its expedited relationship with Rospatent on the Global Patent Prosecution Highway (GPPH), removing Russia from its list of participating countries and returning all GPHH requests based about the work of Rospatent in the regular framework. exam queue.5 On the other hand, patent agencies around the world, including the European Union, rallied behind Ukraine, sending letters of support to the Ukrainian Institute of Intellectual Property (Ukrpatent).6

The implications of Kremlin Decree 299 are vast and will likely have lasting effects. By setting 0% compensation for patent infringement, the Russian government openly allows patent theft. This decision will likely deter patent holders and relevant stakeholders from doing business in Russia. Decree 299 also has the potential to open a Pandora’s box of intellectual property rights protection and enforcement in Russia. In fact, there have been rumors that the Kremlin will soon follow with a similar trademark decree.7 Such an executive order would be a legal nightmare for global brands like H&M, McDonald’s or Starbucks, all of which pulled their business from Russia in response to the country’s actions in Ukraine.8 If the Kremlin issues a trademark decree similar to Decree 299, Russian companies or individuals could exploit trademark recognition without consequence. In an alarming glimpse of what can happen, on March 3, a Russian district court used Western economic sanctions as reasoning to rule that a man could use Hasbro Inc.’s “Peppa Pig” trademarks without permission or payment.9

Over the next few months, the effects of Executive Order 299 will become more apparent. Patent holders from “hostile countries” with valuable patent portfolios in Russia will need to keep an eye out for infringers. Commentators noted that patent holders will have to weigh whether to continue paying maintenance fees in hopes that Russia will reverse the decree or make the difficult decision to drop them given the uncertainty of the situation.ten Since the Kremlin has effectively defined causes of action for patent infringement in Russia, patentees will need to explore legal remedies in other countries, which will likely raise jurisdictional issues in those countries. It will also be interesting to see whether governments and agencies of “hostile countries” will respond to Executive Order 299 with similar actions invalidating or limiting the intellectual property rights of Russian patent holders. Nonetheless, many have observed that even if the Kremlin rescinds Decree 299, instability and lack of confidence in Russia’s will to enforce intellectual property rights may deter foreign investment in the country for years to come. .11

Footnotes
1. Decree of the Government of the Russian Federation dated March 6, 2022 No. 299 “On Amendments to Paragraph 2 of the Methodology for Determining the Amount of Compensation to be Paid to the Patent Holder at the Time of the Decision to Use an Invention , a utility model, or industrial design without their consent, and the procedure for its payment”

8. Here are some of the companies that have pledged to cease operations in RussiaThe New York Times (9 March 2022), https://www.nytimes.com/article/russia-invasion-companies.html.

Intelligent development in a scientific way – Hua Ying, a famous medical science and technology expert in the Asia-Pacific region