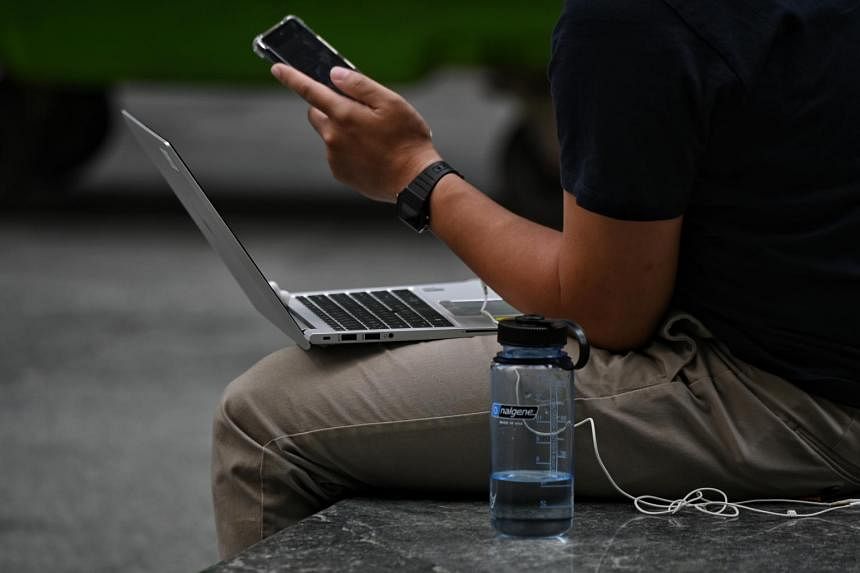 The era of borderless data is coming to an end, as governments step in

NEW YORK (NYTIMES) — Every time we send an email, tap an Instagram ad, or swipe our credit cards, we create digital data.

Information circles the world at the speed of a click, becoming a sort of borderless currency that underpins the digital economy. Largely unregulated, the flow of bits and bytes has helped fuel the rise of transnational mega-corporations like Google and Amazon and reshaped global communications, commerce, entertainment and media.

Today, the era of open borders for data is coming to an end.

France, Austria, South Africa and more than 50 other countries are accelerating their efforts to control the digital information produced by their citizens, government agencies and businesses.

Driven by security and privacy concerns, as well as economic interests and authoritarian and nationalistic impulses, governments are increasingly setting rules and norms about how data can and cannot move around the world. world. The objective is to acquire “digital sovereignty”.

• In Washington, the Biden administration is circulating an early draft of an executive order designed to block rivals such as China from accessing US data.

• In the European Union, judges and policymakers are scrambling to protect information generated within the 27-nation bloc, including stricter online privacy requirements and rules for artificial intelligence.

• In India, lawmakers are set to pass a law that would limit data that can leave the country of nearly 1.4 billion people.

• The number of laws, regulations and government policies requiring the storage of digital information in a specific country more than doubled to 144 between 2017 and last year, according to the Foundation for Information Technology and Innovation .

While countries like China have long sealed off their digital ecosystems, the imposition of more national rules on information flows represents a fundamental shift in the democratic world and is changing the way the Internet works since its large-scale commercialization in the 1990s.

The implications for business operations, privacy, and the way law enforcement and intelligence agencies investigate crimes and run surveillance programs are far-reaching. Microsoft, Amazon and Google are offering new services to allow companies to store records and information in a certain territory. And the movement of data has become part of geopolitical negotiations, including a new pact for information sharing across the Atlantic that was agreed to in principle in March.

“The amount of data has grown so large over the past decade that it has created pressure to put it under sovereign control,” said Federico Fabbrini, professor of European law at Dublin City University, who edited a book on the subject and asserts that data is inherently more difficult to regulate than physical goods.

For most people, the new restrictions are unlikely to cause popular websites to shut down. But users may lose access to certain services or features depending on where they live.

Meta, Facebook’s parent company, recently said it would temporarily stop offering augmented reality filters in Texas and Illinois to avoid being prosecuted under laws governing the use of biometric data.

The data restriction debate echoes broader rifts in the global economy. Countries are rethinking their reliance on foreign assembly lines after supply chains collapsed in the pandemic, delaying deliveries of everything from refrigerators to F-150 trucks. Fearing that Asian computer chip producers are vulnerable to Beijing’s influence, U.S. and European lawmakers are pushing to build more domestic factories for semiconductors that power thousands of products.