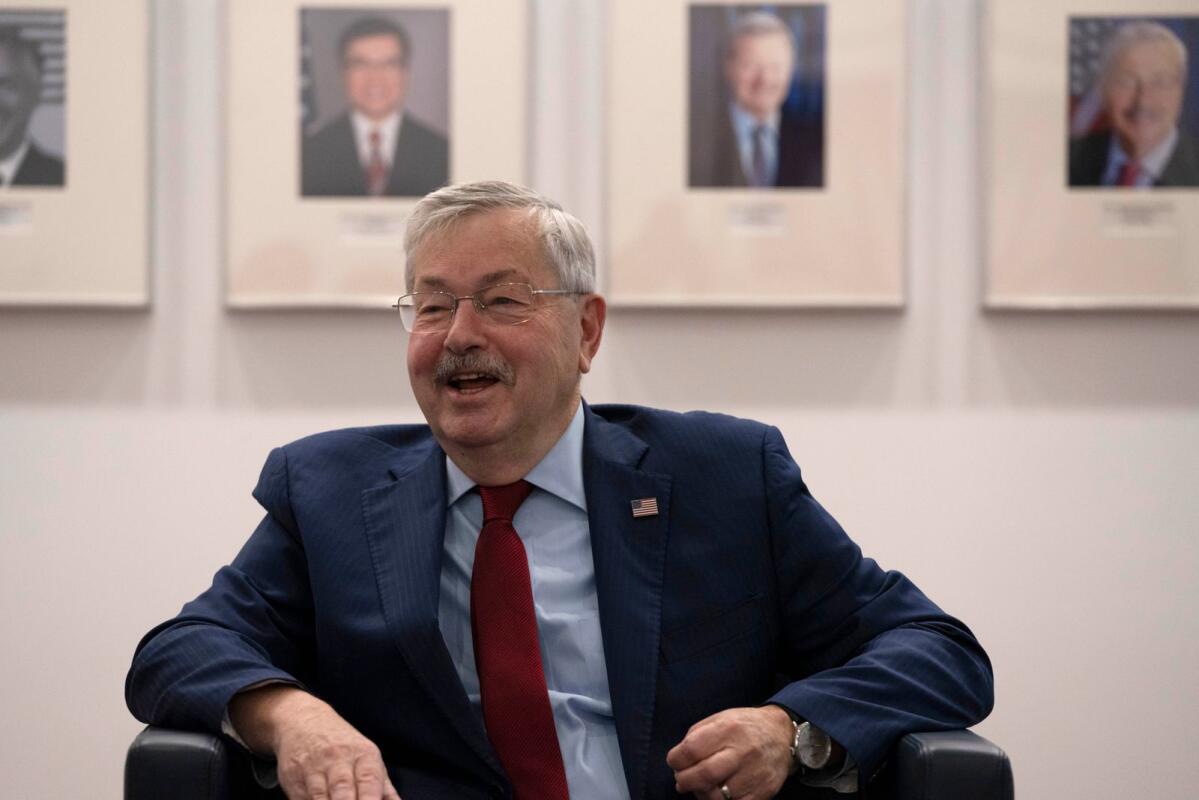 Then-US Ambassador to China Terry Branstad speaks in an interview in September 2020 at the US Embassy in Beijing. (Associated press)

Former US Ambassador to China and Governor of Iowa Terry Branstad is back in the consulting business.

Branstad and Steve Churchill, who was his former chief of staff at the U.S. Embassy in Beijing, started a new venture called the Branstad Churchill LLC Group. The United States-based company will provide advice, guidance and solutions to organizations, business leaders and investors seeking to do business in China and the United States.

â€œThe relationship between the United States and China is the most important relationship in the world,â€ Branstad said in a press release announcing the new partnership. â€œAt Branstad Churchill Group, we specialize in providing strategic information and solutions to business leaders and investors doing business in China and the United States.

According to the press release, the Branstad Churchill Group hopes to be a strategic partner in helping organizations and individuals achieve their goals in the areas of strategic analysis, risk management, market growth and customer services. United States. Branstad served as U.S. Ambassador to China from 2017-2020 after two terms as governor in Iowa that made him the longest-serving governor in U.S. history.

Self-employed, concerts and other non-traditional workers find it difficult to save for retirement

AI is the top investment priority for biopharmacy leaders