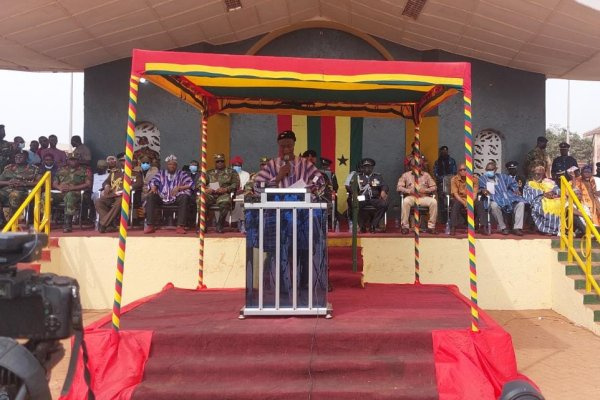 Alhaji Shani Alhassan Saibu, Northern Regional Minister The government is working diligently for the economy to rebound in order to provide necessary services to citizens and meet legal obligations to improve the lives of all.

He said government achievements that stabilized the economy in 2017 and 2018 were unfortunately undermined by the COVID-19 pandemic.

He was speaking at the 65th Independence Day Parade at Jubilee Park in Tamale on Sunday.

It was on the theme: “Working together, bouncing back better”.

The parade was made up of eight contingents from the various security services, 23 primary, middle and high schools, cadets and other volunteer organizations.

The parade, commanded by Squadron Leader Eugene Owusu Nyame of Tamale Air Base, saw carefully dressed contingents as they paraded and created “Ghana at 65” art with their rifles.

Alhaji Saibu said citizen input was needed to propel the program to get the economy back on track.

He called on citizens to support and cooperate with the government to implement the policies needed to collectively work together to challenge the status quo.

He said: ‘We need to come together with the government during this time and support such important initiatives as E-Levy so that we can generate our own resources internally and reduce the burden of depending on others.’

He said the government’s desire to revive the economy through the collective efforts of citizens was the reason for the theme chosen for the 65th anniversary celebrations.

This Week in Pieces: Bitcoin Reverses Rally as LUNA and NEAR Surge