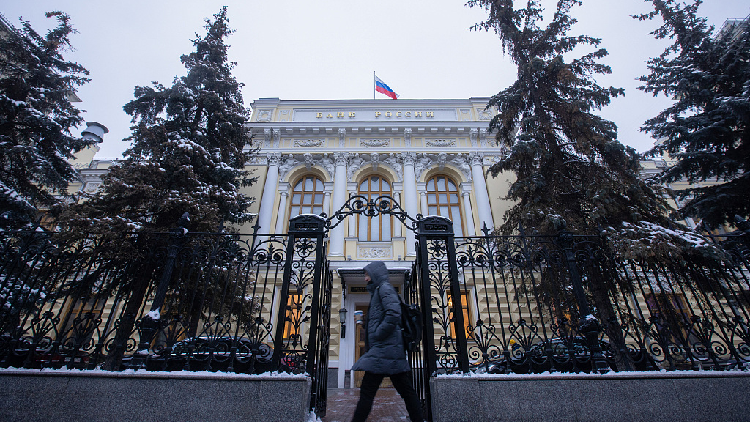 The headquarters of Bank Rossii, the central bank of Russia, in Moscow, Russia, December 8, 2021. /VCG

The headquarters of Bank Rossii, the central bank of Russia, in Moscow, Russia, December 8, 2021. /VCG

Editor’s note: Thomas W. Pauken II is the author of the book “US vs. China: From Trade Wars to Reciprocal Deal”, and consultant on Asia-Pacific affairs and geopolitical commentator. The article reflects the opinions of the author, and not necessarily the views of CGTN.

“To punish a Russian or not to punish a Russian” has become a burning question for the Western world today. International arts, sports and even cat associations have come out to condemn Russia’s ‘special military operation’ in Ukraine, but they are punishing innocent Russian citizens and Russians living abroad, sparking controversy. concerns about the protection of their civil rights and freedom of expression.

In the 1950s and 1960s, American civil rights icon Martin Luther King Jr. led peaceful protests and boycotts to call for support for equal rights for all races in the United States and he firmly opposed to racial segregation which prevented people of different races, colors and nationalities from eating, shopping or doing business together.

His campaigns inspired the U.S. Congress and Senate to approve civil rights legislation that outlawed segregation in housing, business enterprises, and employment, which was signed by U.S. President Lyndon B. Johnson. The US Equal Employment Opportunity Commission (EEOC) later set these practices in stone. The United Kingdom (UK) and European Union (EU) member states have all followed similar legal measures implemented as well.

Freedoms for all, except for the Russians

Nevertheless, the US, UK and EU have concluded that Russians do not deserve the same civil rights protection. According to Athens News, last week the owner of a German restaurant called “Traube” in Bietigheim (Kreis Rastatt) posted an advertisement on the establishment’s website saying that “visitors with Russian passports are not the welcome to our home.”

Meanwhile, many Russian athletes, musicians, entertainers, writers and journalists are being blacklisted and suspended for participating in international events. They have been branded “pariahs” and cannot escape the repercussions of the anti-Russian hysteria that is sweeping Europe and North America at the moment, whether or not these particular Russians support Russian military activity in Ukraine.

The Munich Philharmonic Orchestra recently terminated the contract of Russian-born conductor Valery Gergiev. He was asked to issue a public statement “condemning Russia’s invasion of Ukraine”, but he chose to remain silent. His dismissal appears to be a breach of German employment law, according to Christian Solmecke, a Cologne-based media lawyer.

“An employer can’t force a musician to say something political that they don’t stand for,” Solmecke said. Furthermore, laws to protect the freedom of expression of all people living and working in Europe have been clearly enshrined in the European Convention on Human Rights and the German Constitution.

Members of Western society have long cherished the principles of free speech and media, while regularly citing the First Amendment to the US Constitution. Nevertheless, we face a new world order, in which the proponents of “cancel culture” and the politically correct class of censorship led by the technocrats of California’s Silicon Valley have become the final arbiters of the discourse of thinking about the North American, British and European markets.

As a result, Facebook and Google imposed strict bans on RT and Sputnik News. You can no longer use the Google search engine to open from these Russian media websites and this sets a worrying twist for future media freedoms. We live in a time when Westerners said “we support free speech, but only if you agree with me”, and they might not notice the contradiction here.

Meanwhile, public campaigns of humiliation cast a menacing shadow of fear for all Russians. They must denounce Russian President Vladimir Putin or face harsh reprimands and condemnations from Westerners. Unfortunately, even cats born and bred in Russia are considered “felines non grata” by the International Feline Federation (FIFe). They have been banned from all cat shows organized by FIFe, which was founded in 1949 and hosts an annual average of more than 700 shows with 200,000 cats on display.

When will the madness end?

Westerners siding with Ukraine should come as no surprise, but their overzealousness in disinviting Russians to public events seems so childish. The organizers of the Cannes International Film Festival, the Venice Art Biennale and the European Film Academy have all announced that official Russian delegations or certain Russian works of art will not be able to attend some of their ceremonies. following.

The idea of ​​ostracizing Russians and stereotyping them as bad guys on the world stage could not defuse the Russian-Ukrainian conflict. Such actions will only remind Russians that the West cannot be trusted, while the cultural gap between the two civilizations will widen and this could lead to more catastrophic results.

Wang Wenbin, spokesperson for the Chinese Foreign Ministry, said, “The sovereignty and territorial integrity of all countries should be respected and upheld, and the purposes and principles of the UN Charter should be jointly safeguarded.” While it is not acceptable to disrespect the sovereignty of other countries, the consequences should not be to harm innocent people, which would come at the cost of trampling on the West’s own values. .

We can assume that we have now entered an era of cold war and hope that it will not lead to a third world war.

Why consolidation is the topic to discuss with clients

How to navigate through the cloud