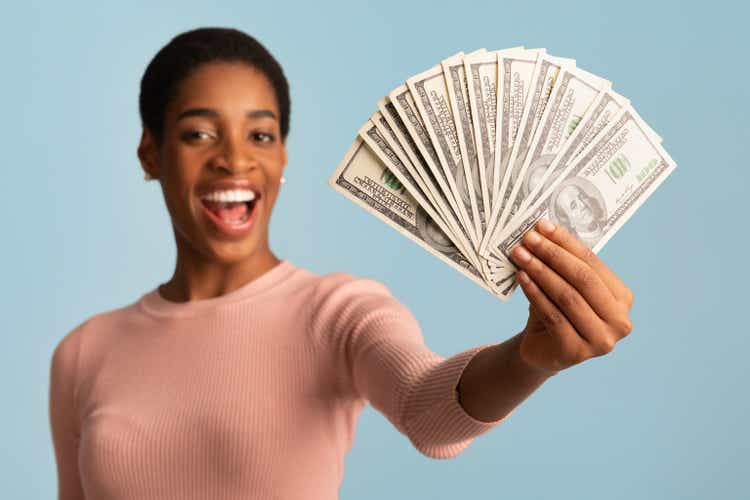 Poultry producer Industrias Bachoco, SAB de CV (New York Stock Exchange: IBA) plans to increase production of packaged egg whites, which will likely bring more price stability. Management is also expected to integrate new transactions in 2022, which could bring new synergies. Also, if the company signs new acquisitions, as it has done in the past, I expect the free cash flow margin to continue its upward trend. Yes, there are several risks arising from the US-Mexico relationship as well as potential supply chain issues. With all that said, IBA looks like a buy.

Industrias Bachoco: stable growth in the United States and Mexico

Vertically integrated company Industrias Bachoco claims to be one of the ten largest poultry producers in the world. The company sells eggs, healthy foods, pork and turkey, among other value-added products.

There are two reasons to review the company’s business model today. First, management has indicated that in 2022 shareholders will begin to notice the results of the acquisition of RYC Alimentos and other recently announced acquisitions:

In this regard, after the end of the year, we announced the acquisition of RYC Alimentos, the results of which will be consolidated in our 2022 financial statements. We look forward to starting the process of integrating this operation in order to capture the synergies identified. Source: 2021_4Q_Report

Additionally, I believe most conservative investors will be pleased to hear that management is seeing its EBITDA margin stabilizing at nearly 9%. Additionally, from 2014 to 2021, the company has seen consistent net sales growth in the United States and Mexico. Based on this information, in my opinion, it is a diversified business model with stable margins:

The estimates are quite favorable for the years 2022 and 2023, which is another good reason to revise the company’s outlook. Analysts expect sales growth of 12% in 2022 and an operating margin close to 5.73% with a positive net income of $192 million:

Under normal conditions, Industrias Bachoco is worth $58 per share

Under normal circumstances, I believe management will be successful in moving from bulk egg whites to packaged egg whites. The benefits of packaged egg whites are numerous, but the most relevant benefit is that they don’t suffer as much from price volatility. As a result, the company’s future EBITDA margin will likely be more stable, and more investors may turn to Industrias Bachoco:

Our marketing strategy in the egg business is to gradually shift from bulk egg whites to packaged egg whites. Packaged eggs are less vulnerable to price fluctuations and create brand loyalty. Source: 20-F

I also expect the investment in Sonora Agropecuaria, SA and the acquisition of RYC Alimentos to be successful. What I mean is that management will find that the numbers and expectations made for these investments will be close to reality. Note that in this scenario, I don’t assume that management will acquire significantly more businesses from 2022 to 2027:

On June 26, 2020, the Company acquired 54.8% of the voting shares of Sonora Agropecuaria, SA de CV (“SASA”), a pork processing and distribution company operating in the Mexican states of Sonora and Jalisco .

In December 2020, the Company announced that it had entered into an agreement to invest in the company RYC Alimentos (“RYC”), a processor and distributor of multiproteins with productive operations in Puebla, Mexico. Source: 20-E

The food market in Mexico is expected to grow by almost 3.69% from 2022 to 2027, so without relevant acquisitions, Industrias Bachoco will likely grow at this rate. So, I think $5.4 billion in revenue in 2027 is achievable:

If we also assume a conservative EBITDA margin of 8.17% and effective tax of 26%, 2027 net operating income after tax will likely be close to $241-250 million. I also assumed conservative changes in working capital, capital expenditures and D&A.

For terminal value valuation, I checked the EV/EBITDA multiple reported from 2007 to 2021. Industrias Bachoco was trading between around 2.9x and 9x, so I used an exit multiple close to those numbers .

Best-case scenario: Acquisitions could push the stock price to $100

In this scenario, I expect a significant number of acquisitions. Keep in mind that management has a lot of know-how to acquire competitors in the United States and Mexico. Additionally, with cash on hand, Industrias Bachoco will likely receive funding from banks if needed.

I cannot speak of all the acquisitions made by Bachoco in the past. However, I would list a few, so that investors have an idea of ​​the know-how on the M&A markets acquired by the management:

On November 1, 2011, the Company entered the US market and increased its export business with the acquisition of US poultry company OK Foods.

In December 2015, the company entered into an agreement to acquire the fully cooked Oklahoma City plant from American Foods Group, an American company.

In July 2015, the Company entered into an agreement to acquire the Georgia breeding assets of Morris Hatchery Inc. Source: 20-F

Under these conditions, when Industrias Bachoco grows, financing costs will be lower. Therefore, I assumed a WACC of 5.55%, which is lower than the previous cases. If we also assume that the exit multiple could be 9.5x, the implied equity could be close to $5 billion and the implied price could be $100:

USMCA and other US government policies would negatively impact

Bachoco’s results will be affected by the economic relationship between the United States and Mexico. If the US government decides to raise tariffs or increases regulatory pressures against products from Mexico, revenue growth could decline significantly. Keep in mind that in 2021, nearly 25% of the company’s net revenue came from the United States:

With respect to the industry in which we compete, the trade agreement has remained virtually unchanged. Since the Mexican economy is heavily influenced by the US economy, any potential renegotiation of the USMCA and/or other US government policies that may be adopted by the US administration (which could result in a regulatory gridlock or , on the contrary, a change) could have a material adverse effect on the Mexican economy, which, in turn, could affect our business, financial condition and results of operations. Source: 20-E

Industrias Bachoco could suffer significantly from an increase in the price of sorghum and corn, soybean meal and marigold extract, among others. If management cannot pass on increased costs to consumers, the EBITDA margin will likely decline. In the worst case, I would expect Bachoco’s free cash flow margin to decline:

The market we serve is subject to volatility in supply and raw material prices, which affects the prices of our products. The largest component of our cost of sales is the cost of grains used to prepare balanced feeds, including sorghum and corn, and certain other ingredients such as: soybean meal and marigold extract, among others . Source: 20-E

Under the previous assumptions, I assumed revenue growth close to 1.5% and an EBITDA margin of 7.5% to 5%, which implied free cash flow of $2027 million:

I assumed a weighted average cost of capital of 8.25% and an exit multiple of 5.5x, which implied an equity value of $1.72 billion and a stock price of 35 $ per share:

It is also quite relevant that the company does not declare a lot of debts. In my opinion, if the management needs to get cash from the banks, the company will get it easily.

Industrias Bachoco is moving towards the production of packaged egg whites, which will provide price stability. The company also offers diversified net income, strong EBITDA margin and growing free cash flow. In my view, if the company’s recent acquisitions are successful and management undertakes more M&A deals, EBITDA margin and sales growth will be trending north. Even considering the risks in commodity industries and other supply chain risks, Industrias Bachoco appears to be a buy.