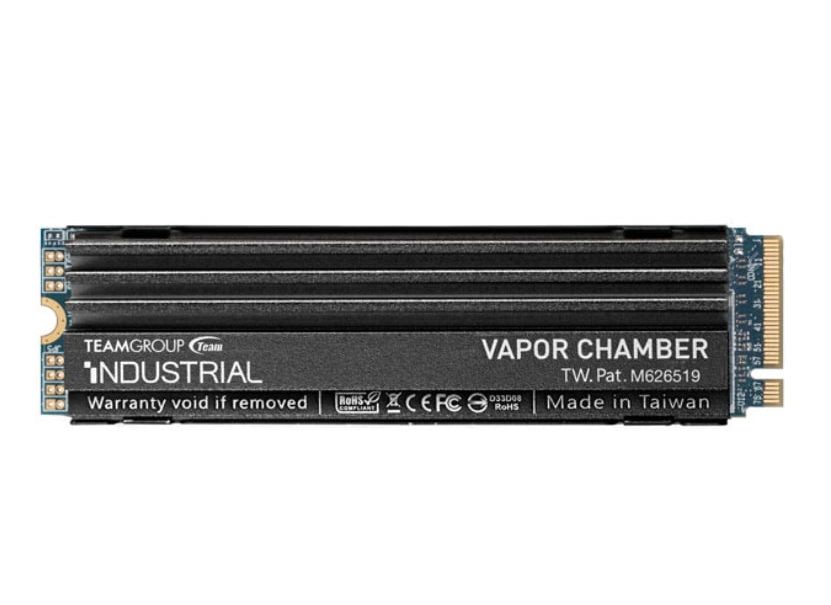 The N74V-M80 is the world’s first high-performance industrial SSD with a vapor cooling chamber. Of course, steam cooling itself is nothing new. Many smartphones use this technology to cool their processors, and Samsung is reportedly starting to use it in consumer laptops.

But these mainstream chips are small. The average smartphone UFS 3.0 drive peaks at less than 1000MB/s. Laptops and PCs can reach speeds of 2000MB/s, but don’t expect them to sustain it long time. Industrial needs are very different.

According to Tech PowerUp, the new vapor-cooled SSD does not rely on air cooling like with most SSDs. Instead, it uses a tube to transfer coolant to the heat zone, which then vaporizes in a dedicated chamber. The steam carries heat away from the core through a series of thermally conductive aluminum fins.

The result is a lack of thermal throttling at high temperatures, and the SSD is capable of sustaining high read/write speeds of up to 3500MB/s under sustained workload. For comparison, most air-cooled SSDs throttle their speed when they get too hot, but this vapor-cooled drive is 75% faster. It can operate in temperatures from -40 F to 185 F (-40 C to +85 C) without slowing down.

High-performance computing (HPC) needs are growing as industries around the world shift to automation. Research and medicine depend on HPC to process large amounts of data in a timely manner, as does aviation and defense. Industrial-grade computers are put under heavy load for long periods of time in all kinds of environments. The Team Group M.2 SSD with vapor cooling is a breakthrough for these industries.