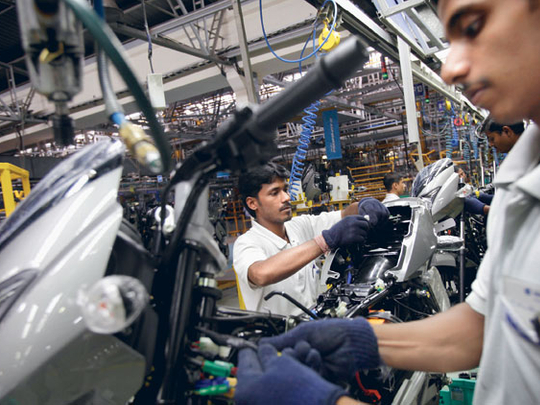 Dubai: With India’s national budget unveiled a week away, economists, market analysts and financial commentators say Finance Minister Nirmala Sitharaman will focus more on ways to increase government spending in the face of the third wave of crisis of Covid-19 hitting the economy.

The economy was in the midst of a strong recovery in the second half of the fiscal year when the massive spike in infections caused by the Omicron variant across the country again disrupted economic activities and growth momentum.

In its second financial stability report, the Reserve Bank of India (RBI) said that the Omicron variant remains a major challenge to the economy with rising inflationary pressure. However, the central bank noted that the country’s banks are well positioned to deal with any challenges that may arise due to the upsurge in Omicron cases. But the RBI said prolonged disruption from Omicron could lead to a spike in bad debt next year. Another major concern highlighted by the central bank is rising inflation, which can be countered by stronger supply-side measures, in particular to contain food and energy prices.

Faced with high unemployment and the possibility of slowing GDP growth, the government faces major policy trade-offs in which fiscal discipline is likely to take a back seat.

In the context of a strong economic recovery in the second half of 2021, the government was able to reduce its budget deficit from 9.2% in 2020-2021 to around 6.8% in 2021-2022. With the growing pressure to spur growth with higher spending, analysts say fiscal consolidation is likely to become a casualty.

Economists at the State Bank of India (SBI), the country’s biggest lender, have urged the government to budget to heal the pandemic-ravaged economy and not focus too much on fiscal consolidation as it is needed. take more stabilization measures to support the nascent recovery.

“And one of the best ways to start the new fiscal year is to finalize the sale of LIC shares in this fiscal year. by 6.3% in 2023,” SBI Chief Economist Soumya Kanti Ghosh said in a pre-budget note.

While agriculture and related rural sectors are set to receive large spending allocations, economists say the 2022 budget should focus on boosting private investment and job creation. This will likely be done by continuing to focus on capital spending.

Tax collection throughout the past year has seen massive growth. Market analysts and strategists say fiscal momentum gives the government a rare luxury to increase spending and/or shore up the budget without the usual constraints.

“If the government focuses on fiscal consolidation, we expect financials to outperform. If it prefers to spend, consumer discretionary and industrial stocks are likely to fare better,” said Ridham Desai, equity strategist at Morgan Stanley India, in a report.

Amid growing concerns about GDP growth, economists favor gradual fiscal consolidation and increased government spending. The government is likely to face a significant shortfall as major divestment initiatives such as the initial public offering (IPO) of LIC and the sale of BPCL are unlikely to raise enough resources to cover needs. expenditure for 2022.