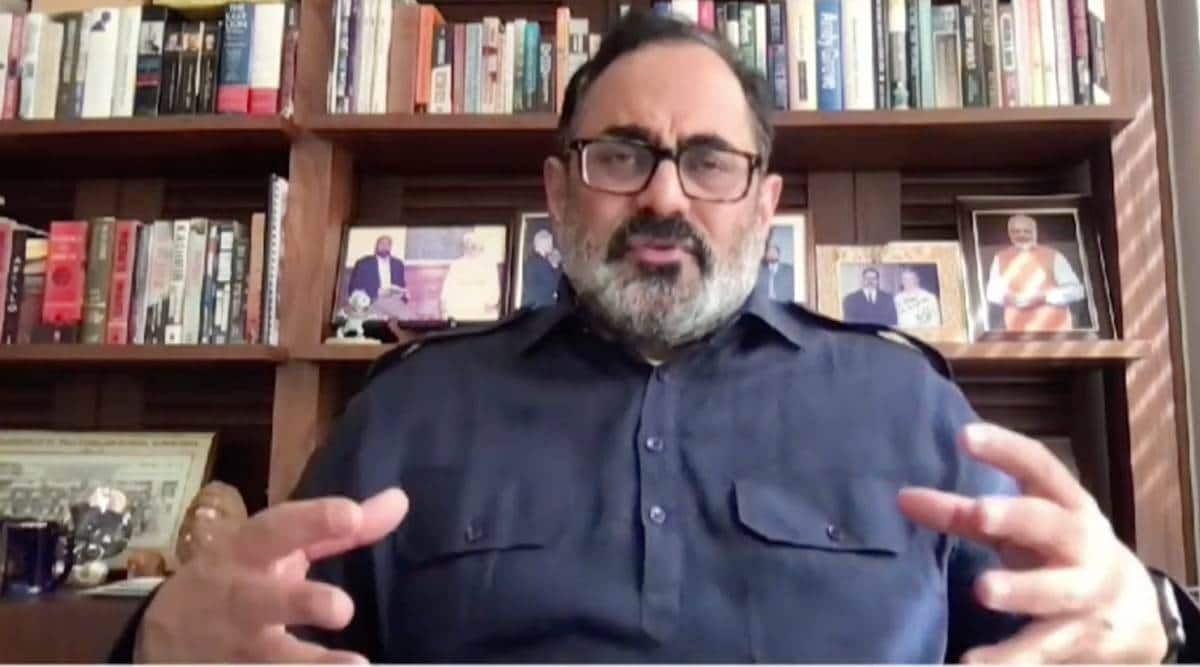 THE GEOPOLITICS of a post-Covid world is likely to be very different and new. Companies and countries around the world are looking to diversify their supply chains to avoid disruption. This diversification, especially in the electronics manufacturing segment, presents India with a unique opportunity to capitalize on, Minister of State for Electronics and Information Technology RAJEEV CHANDRASEKHAR said in an interview. with AASHISH ARYAN. Edited excerpts:

The government has set an ambitious target of exporting electronic products worth $120 billion over the next few years. How will this be achieved?

Until now, we had only one objective in mind, that of exporting, as an industry and as a government. There were no concrete goals and most of them were just talking on paper. Now we have a more targeted approach, in which we have established objectives by year and by segment. I had been pushing the industry to do this, so that we have an idea of ​​what we are trying to achieve.

Simply setting up a certain number of achievement of certain exports does not work. The new targets were set after a series of very thorough and rigorous engagements with various stakeholders. So this could be a new benchmark for setting governance goals.

On the economic level of $5 trillion, $1 trillion is the goal of the digital economy. Now, of that, $300 billion is the electronics manufacturing target, and then comes our export target. The way we have defined our strategies and objectives this time around is such that all government officials conform to them.

The period between 2014 and 2021 marked the first phase of electronics manufacturing. This was mainly due to domestic consumption of domestic production. When there was a deficit, it was made up by imports. That changes now. What is the new goal is that there will be domestic consumption of domestic production. But aside from that, there will be $120 billion in exports.

We have very little experience in exporting electronic products. Getting into the global value chain and exporting is a totally different ball game. We are at an inflection point of a significantly different character from that of the past five years. Export intensity will be significantly higher in the second phase of electronics manufacturing than in the first phase. This will be the key.

Are there specific geographic areas that will be targeted for export plans?

This will be decided by the brands. We don’t decide that. Samsung and Apple have their markets in North America, Western Europe and a little on the African continent. These brands have established bases in India and are investing and manufacturing from here. And, they have a significant presence in the global market. So now everything made here will reach global markets and highly developed economies. We have reached the base camp of Everest and are now climbing the sharp peak of the world markets. This requires serious government rigor, approach and industry support. Industry, too, must take its job of working with government seriously, and not just skimp on its demands. We cannot suddenly become Japan, China. We are India and we have all these problems. Wherever there are infirmities and inconveniences, we minimize them. Wherever there are significant strengths and advantages, we maximize them.

Whenever someone has floated the idea that technology can be exported from India, Western countries have frowned. How do you plan to fix it?

It puts on the table one of the most important issues that we need to tackle as a government and as an industry. “Made in India” works as a trademark in many other sections. In time, it should also be something that is a powerful advertising brand associated with the electronics value chain.

We have the ‘Designed in India’ brand capability. Technologically, we have enormous capacity. There is a convergence of all these things, which presents India with an unprecedented opportunity as the global awareness of digital and digital technology is at an all time high. India is now increasingly considered to be, if not in the lead, in the digital front runner. So there are two tailwinds behind us. The first is that domestic digital adoption is increasing and global supply and value chains are becoming more diverse. It represents the opportunity for Make In India electronics to be received by these global markets. It takes effort. We will therefore have road shows and a world conference on electronics. We need to ensure that Made in India electronics are as admired and accepted as designed in Indian technology. We have to deal with it and we will.

All the industry leaders in the tech world have said that with Web 3.0 or the next technological transition, India will be in the lead. But when it comes to translating into investment for the masses, it hasn’t.

In recent years, the focus has been on the elements of an ecosystem that have innovation. When we talk about electronics and semiconductors, we are also talking about their design. At MeitY, we have completely revamped the way we manage startups and focus on the design and innovation of the electronics and semiconductor ecosystem. For example, take cell phones. Why are there no Indian brands? The most appropriate thing about a device is its operating system. This is an area we should focus on. Is there a possibility of an iOS or an Android India? It may be a corner of the operating systems that are there, but at least here the intellectual property rights will remain with India.

If you look at web 3.0 and distributed ledger etc, most of the companies that have come are happy to outsource design to India, but they don’t do DPI and design work here. The whole policy is to focus on design and innovation in India. The next generation of computing performance will be driven by software optimization and design innovation, whether in system, semiconductor or software. It is our strength.

The Indian government is no longer content to simply be the fuel for the global software companies of the world. We also want to have the IPR and the platforms here, which use Indian AI and distributed ledger or cryptocurrency ecosystem to build our own products.

The Center for Economic Studies of the DU organizes a summit