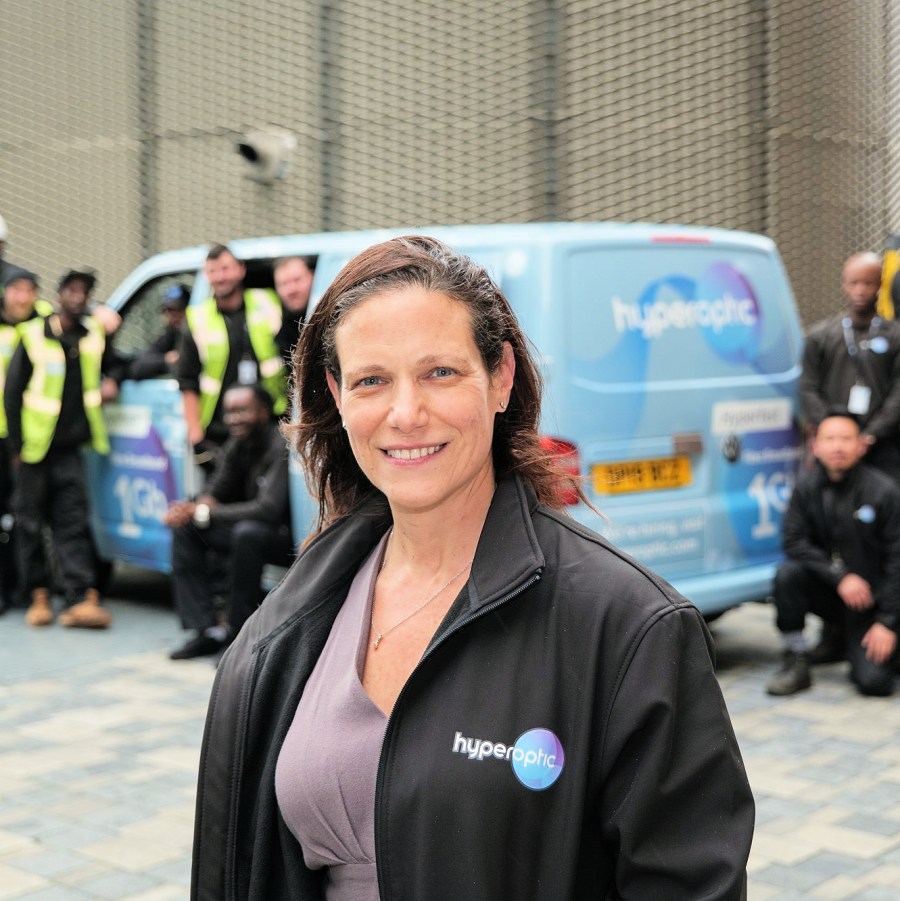 Hyperoptic CEO on Consolidation and Barriers to All-Fiber Urban Buildings

Since “lofty goals“To become one of the UK’s largest ISPs and broadband (FTTP/B) network builders, Hyperoptic has come a long way over the past 11 years and is now embarking on a new plan to cover 2 million households by the end. of 2023. We chat with CEO and Co-Founder, Dana Tobak, about their plans and perspective.

Hyperoptic is one of the country’s oldest and most respected alternative pioneers.full fiber” networks. The company started in 2011 with a plan to connect large residential (MDU) and office buildings in London to one of the UK’s first ever gigabit broadband services. They have since expanded to cover 825,000 premises (in districts of 57 cities), with 230,000 customers connected and more than 1,800 employees.

REMARK: Hyperoptic was co-founded in 2010 by Dana Tobak and his business partner Boris Ivanovic, who had both previously set up ISP success BE Broadband (BE Unlimited), which in 2006 was gobbled up by O2, before eventually becoming part of Sky Broadband.

Granted, despite being one of the largest full-fiber optic operators in the country, things haven’t always gone as planned. “We set ourselves some pretty ambitious goals at the start. Since then, we’ve learned a tremendous amount about scaling our build method. [and adapting] our building modelsaid Dana, while referring to their previous goal of covering 2 million households by 2021 and 5 million by 2024.

However, while the operator may have started out as one of the first alternative network providers in the market for full fiber, it is now just one in a sea of ​​a hundred or more other AltNets. . But unlike many of them, Hyperoptic has an established customer base with solid revenues of £51.70m at the end of 2020 (up 32%). Still, Dana doesn’t expect all of these AltNets to survive, and we’d tend to agree.

“If you add up all the claims made, we will be able to serve the country three times. It is inevitable that some will fail and others will succeed. No one expects there to be more than three or four networks in the long run, so it’s just a matter of who fails, who buys who, and when. …thousands of miles of fiber in the ground only have value if they are used to provide service and generate a return“Dana said.

Understandably, as a much more city and town-focused operator, the Hyperoptic boss said they were “unlikely to bid for tendersunder the new rural-focused government £5 billion gigabit project broadband deployment program. But at the same time, Dana warns that there are still many underserved urban areas that are at risk of being overlooked.

“In these cases, it may well be that [public] a grant is not required, but rather clarity as to whether other operators intend to upgrade or deploy to these sites“, Dana said. The statement refers to what is known as the “maintenance problem“, where AltNets “defer investing in a specific location due to a lack of clarity about what other operators, especially the incumbent [Openreach]it will be fine.” So far, there has been no easy solution to this problem, as urban areas are extremely competitive and therefore largely left to the market to fix it.

The full interview goes into this topic in a bit more detail, and also covers various other areas, such as their future plans for multi-gigabit broadband speeds (or lack thereof), the problem of large-scale conduit of cables and existing poles of Openreach (Physical Infrastructure Access) and more..

1. Firstly can you share with us a quick update on the status of your network coverage (past premises so far etc.) and how much total investment Hyperoptic has been able to attract ?

Hyperoptic’s network now extends to more than 825,000 homes and businesses. We are also fast approaching the milestone of a quarter of a million customers.

So far, £600m of debt has been raised to fund Hyperoptics’ growth. KKR acquired a majority stake of 75% in 2019 for an undisclosed amount.

2. For many years, Hyperoptic’s primary deployment target seemed to be large residential buildings (housing units) and office buildings, typically those with at least 50 units (apartments). But in recent years, you have started to diversify into housing/single dwelling units (new construction and existing sites).

What role do you think SDUs will play in your plans going forward, especially since the opportunities in the MDU space are a bit more limited and SDUs are more challenging?

You’re right, SDUs and smaller MDUs make up a larger proportion of our footprint. In our early days we focused on connecting large apartment buildings and as we have grown the business has evolved its business model to serve smaller sites, as well as new developments of accommodations. Particularly where we could leverage our pre-existing footprint. For example, we now have nationwide partnerships with UK homebuilders like Barratt Homes, CALA Homes and Avant Homes.

3. Hyperoptics, like many alternative networks, enjoys better access to run new fiber through existing Openreach ducts and poles (access to physical infrastructure), which has since become much more attractive that Ofcom has made a number of key regulatory changes in a few years. from.

How important is PIA’s role in your future plans today compared to five years ago and are there any particular areas where you think PIA needs further improvement?

PIA is an essential enabler of our network. We were one of the first network operators to use PIA and our usage continues to grow in line with our deployment plans, especially as we expand to serve smaller MDUs and SDUs. That said, it can be difficult to use PIA at scale to support a larger network deployment. Many of its processes are not easily automated and can therefore be cumbersome to administer at scale.

Restrictions and controls on access and cost sharing also impede our ability to use Openreach conduits and poles in the same way that Openreach itself would. We are part of an industry forum that reviews the performance of PIA solutions and hope that some of these hurdles will be resolved in the future.

4. The market that Hyperoptic first entered in 2011 has changed dramatically over the past decade. At the time, you were a pioneer in the alternative network space. With a few exceptions (e.g. B4RN), no one else was trying to build gigabit-capable fiber the way and at the scale you were. But today, there are a multitude of alternative networks and it seems much easier to attract investment for such projects, thanks to various regulatory and government changes.

Given the aggressive competition you now face from Openreach and all those AltNets in urban areas – especially via CityFibre, G.Network, CommunityFibre and others – do you think the market is becoming increasingly a challenge as the threat of overbuilding increases, and how do you deal with that?

If you add up all the claims made, we will be able to serve the country three times. It is inevitable that some will fail and others will succeed. No one expects there to be more than three or four networks in the long run, so it’s just a matter of who fails, who buys who, and when.

The reality is that investors will increasingly focus on their return. It’s all well and good to make big claims and declare past premises, but the point of proof is whether you’re providing a service that people are willing to pay for.

When you compare Hyperoptic’s revenue to what you listed, we are considerably larger. Although our market is more competitive, we believe this evidence of customer appeal and return on investment positions us well for the future. Thousands of miles of fiber in the ground only have value if they are used to provide a service and generate revenue.

Please turn to page 2 to read the rest of the interview.