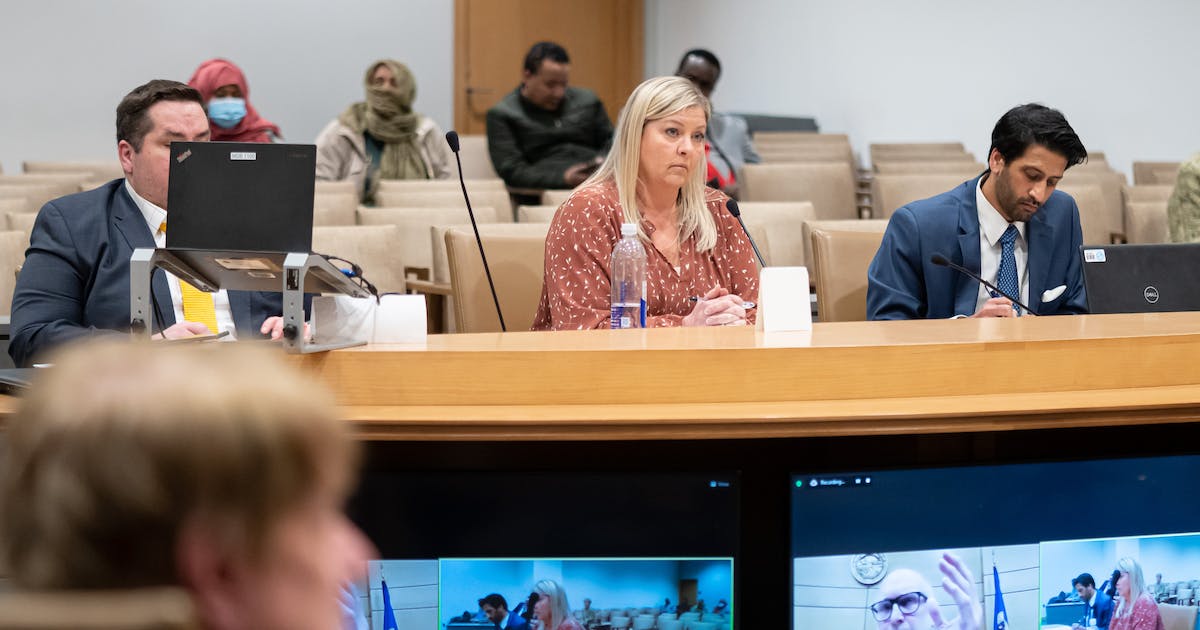 The report, released on Monday, concluded that education department leaders [MDE] “either didn’t know how to responsibly manage” the federally funded meal program or “found the faithful performance of these duties burdensome and optional.”

MDE officials declined a request for an interview, but spokesman Kevin Burns defended the department’s oversight of the meal program, noting that MDE had reported its suspected fraud to the FBI and the U.S. Department of Agriculture , which oversees the $200 billion meal program.

“MOE acted quickly and repeatedly raised the matter with federal authorities until we were able to find someone who would take the troubling expenses as seriously as we did,” Burns said in the statement. . “Even when MDE stopped payments to Feeding our Future, a court told MDE that payments must continue. Due to MDE’s early action, the federal government has opened an investigation, which we fully support.”

Senator Charles Wiger, the ranking Democrat on the education committee, criticized Chamberlain for releasing his report without consulting the full committee. He accused Chamberlain of launching a “partisan attack” aimed at hurting Democratic candidates in the fall election.

“Could there have been additional things done? Yes,” said Wiger, DFL-Maplewood. “And they (MDE) noted that more action could or should have been taken. But this is currently being investigated and we are awaiting findings.”

More than 200 law enforcement officers raided the headquarters of Feeding Our Future and several of its key contractors on January 20, after FBI investigators accused the group of embezzling more than 40 million dollars in programs to provide meals to low-income children.

In total, Feeding Our Future collected $197 million in federal refunds in 2021 as demand for meals soared during the pandemic, up from $307,000 in 2018. The nonprofit closed in february.

So far, a federal grand jury has not charged anyone with any crime related to the alleged fraud. Feeding Our Future executive director Aimee Bock has denied any wrongdoing.

According to Chamberlain’s report, the state Department of Education failed to act on early warnings of fraud involving Feeding Our Future.

USDA officials received a complaint accusing Bock and Feeding Our Future of “forgery and theft” in a February 2019 letter from Kara Lomen, who was then executive director of Partner’s in Nutrition, Bock’s former employer.

In the letter, which was obtained by the Star Tribune, Lomen explained that Feeding Our Future was originally created by the executives of Partners in Nutrition when the nonprofit was mired in a long dispute with MDE about his candidacy in 2017.

After the Minnesota Court of Appeals dismissed the department’s decision against Partners as “arbitrary and capricious,” Lomen and his colleagues did nothing further with Feeding Our Future, conducting all business through Partners, according to the letter. .

“These are pretty serious allegations,” Chamberlain said in an interview Monday. “They should have leaned on it. You shouldn’t just blow them up.”

In affidavits in support of the search warrants in January, FBI officials said their investigation showed that some of Feeding Our Future’s contractors had received millions of dollars in reimbursements for meals that had no never been delivered.

Through his attorney, Kenneth Udoibok, Bock declined to comment on Lomen’s allegations.

“We are awaiting pricing decisions from the federal government,” Udoibok said in a written response to questions recently. “But we expect Ms Bock will not be charged because she has not committed any crime.”

“It was a big surprise,” said Chamberlain, deputy Senate majority leader. “They completely failed on all of those levels. They didn’t detect (the fraud). And they didn’t do anything to prevent it or stop it. The only thing they took credit for was is to inform the FBI.”

Other Republicans on the panel expressed support for Chamberlain’s findings.

“I hope everyone — including the Department of Education — can learn lessons on how to provide better oversight in the future,” said Sen. Zach Duckworth, R-Lakeville.

Chamberlain and Wiger agreed that the state’s legislative auditor should deepen MDE’s oversight of the meal program.

“We plan to conduct a special review related to the department’s oversight of these funds and we hope to launch that review soon,” Legislative Auditor Judy Randall said Monday.