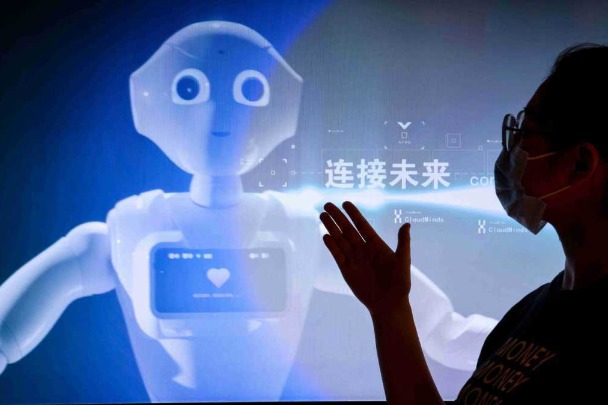 Increasing capacity is crucial in the development of the digital space, according to an academician

China’s computing power is expected to surpass that of the United States in one to two years, which will give the nation an edge in developing its digital economy and injecting new vitality into the high-quality development of China’s sprawling industries. , said a renowned expert. .

Computing power is widely considered essential for a country to lead the world in the digital space. China ranks second only to the United States in terms of global computing power.

Computing power refers to the ability to process data. It includes information infrastructure and technologies to support information computing power, data storage and network capacity in the era of the digital economy.

Wu Hequan, an academician with the Chinese Academy of Engineering, said computing power is the new engine of the digital economy, which, driven by innovation, is a major growth point of China’s economic strength. China.

China ranked second in the world in computing power scale last year, with the country accounting for 27 percent of global computing power. By comparison, the figure for the United States was 31%, Wu said.

Zhang Yunming, vice minister of the Ministry of Industry and Information Technology, said at an IT infrastructure conference in Jinan, Shandong Province, on Saturday that “IT energy has become a new productive force after thermal energy and electricity”.

It can enhance the role of 5G, big data, AI and other digital technologies in accelerating industrial upgrading, activate the value of digital data in all aspects of the real economy, and increase the production efficiency of many sectors, said Mr. Zhang.

“We will accelerate the research and development of key computing power technologies such as high-end chips and core computer algorithms,” he added.

“For every yuan invested in building computing power, 3-4 yuan of GDP could be generated,” said Li Zhengmao, former general manager of China Telecom, adding that data, computing power and algorithms are three elements that largely determine the landscape of the digital world.

Yang Jie, chairman of China Mobile, said China is accelerating the construction of new infrastructure, such as the east-data-west-computing project which focuses on building data centers and promoting the coordinated development of the IT infrastructure in the country.

“Building computing power networks is the top priority for future development. We will work to promote deep integration of various information technologies and make computing power as common and easy to use as water and electricity,” Yang said.