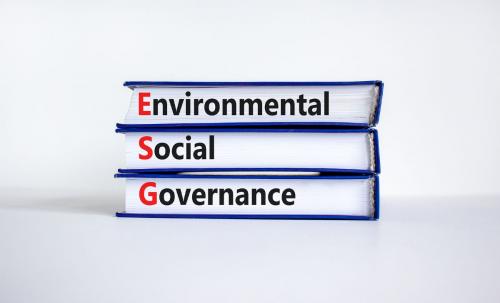 This West Virginia action is not surprising; the West Virginia Legislature had enacted a law at his request authorizing this type of boycott, and his office had sent letters about six weeks ago to six financial institutions asking for an explanation of why they should not be prevented to do business with the State of West Virginia. (Although six institutions were originally targeted, one – US Bancorp – was removed from the list because it “demonstrated to the Treasurer that it has eliminated policies against funding coal mining activities , Coal Power, and Pipeline Construction of its Environmental and Social Risk Management Program. Policy.”) That said, this action is the first time a state has officially announced the end of its relationship with financial institutions based on corporate support for policies aimed at combating climate change.

It’s likely that this action by West Virginia is just the first salvo in a growing cascade of efforts by red states – including major fossil fuel producers, such as Texas and Oklahoma, who have already have the legal power to do so – to penalize large corporations that make efforts to divest from the fossil fuel industry (especially coal production). Several Republican-led states have championed such efforts, including Florida, where Governor DeSantis recently proposed banning financial firms managing state pension funds from considering environmental factors when making investment decisions. ‘investment. These policy efforts could ultimately lead to a bifurcation of the market between companies willing to adopt environmentally conscious principles and those that deliberately market themselves by refusing to do so.

Treasurer Moore has determined that BlackRock Inc., Goldman Sachs Group Inc., JPMorgan Chase & Co., Morgan Stanley and Wells Fargo & Co. are engaged in boycotts of fossil fuel companies, according to a new state law , and are no longer eligible to enter into state banking contracts with his office.

small business: Industry 4.0: why thousands of small businesses continue to view the digital transition with skepticism