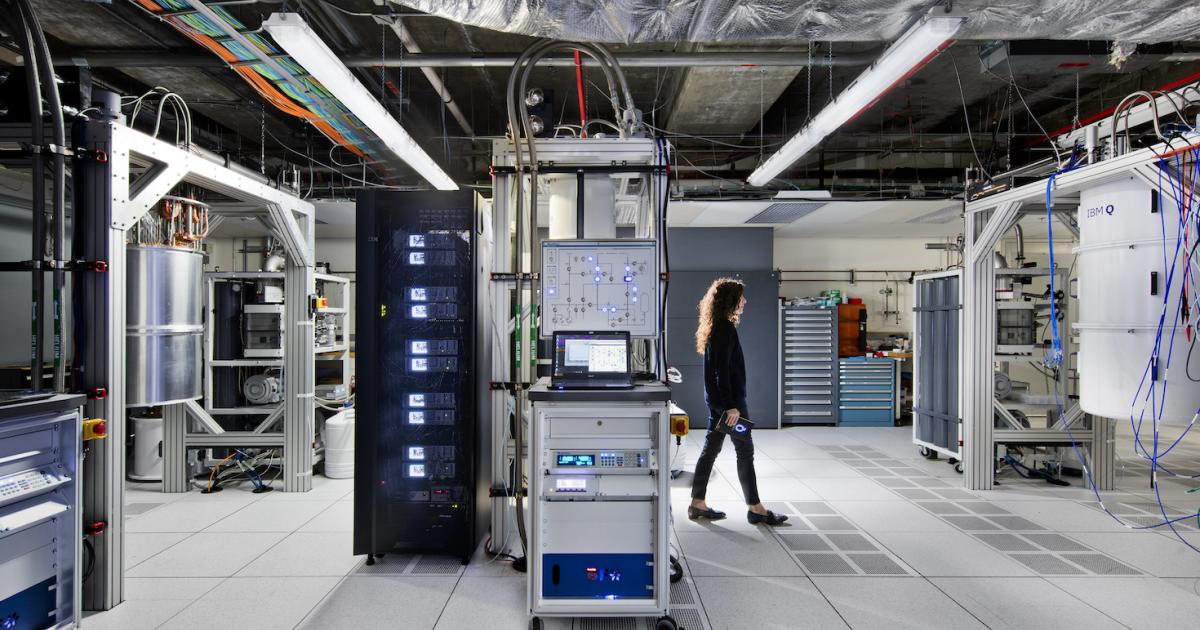 This article was adapted from Climate Tech Weekly, a free newsletter focused on climate tech.

One of the most mind-blowing electives I took a long time ago while in college was one called “Physics for Arts Students” or something like that. It certainly wasn’t necessary for my English Literature major, but I found myself seeking that knowledge when writing this week’s essay on an equally mind-bending topic, quantum computing.

Over the past two months, information about this technology has arrived in my inbox at least half a dozen times, most recently in the form of a report from independent investment advisory firm Pathstone: “Quantum Impast : The Potential for Quantum Computing to Transform Everything.” No pressure in this thesis, is there? Before moving on to the highlights of the analysis, let’s pause for a brief definition and look at some developments that have sparked interest in quantum computing in the world of climate tech and ESG investing.

Briefly skimming through geek territory, three concepts are relevant for a layman to understand why quantum computing is intriguing. First, a quantum refers to the “smallest unit of anything in physics”. Conceptually speaking, we are talking about data points and factors that may seem unimportant on their own. The second idea – and probably the most difficult for me, personally – to deal with is the notion of “superposition”, which suggests that a given particle can occupy several states at the same time. (Think of the motion of a spinning coin.) The third is the notion of “entanglement,” where certain particles could be bound together to affect the results. Quantum computing algorithms and approaches borrow from all of these ideas. They are designed to process quantum bits (aka qubits). Given that each qubit can handle multiple bits – the units that traditional computer architectures use for processing – the potential power of this breakthrough is breathtaking.

My motivation for exploring what is happening in quantum computing is simple: I am money. Depending on who’s doing the count, venture capital funding for quantum computing startups reached $1.5 billion to $1.7 billion in 2021, essentially double the amount from the previous year. According to a separate McKinsey analysis looking at the big picture, China and the European Union spend the most public money on research and development; the US is a distant third, although quantum computing is part of the US competition and innovation bill that passed the Senate on a bipartisan basis in June and is being reconciled with a House version of the legislation passed late last week.

Technology companies large and small are looking for this opportunity to pioneer this way of processing information. A few companies went public last year through a special-purpose acquisition company (aka SPAC), including IonQ, which has cloud services partnerships with Amazon and Microsoft, and Rigetti, which is working on hybrid systems as part of a Defense Advanced Research Projects Agency (DARPA). ) program. IBM has big ambitions and in November announced a processor called Eagle capable of handling 127 qubits – far bigger than anything in the pipeline. Alongside IBM, when it comes to serious computing power, it’s also worth keeping an eye out for Honeywell, which is creating a company called Quantinuum.

At the risk of oversimplifying it all, I’ve come to believe that the biggest differentiation of quantum computing from traditional computing is the ability to simultaneously consider the myriad gray areas and permutations of information involved in decision making. This could have profound implications for simulations (Paris Agreement carbon reduction scenario analysis, anyone?), for optimization (think more efficient routing for transport systems urban or dashboards to determine which infrastructures or hydraulic bridges need to be treated urgently), or for artificial intelligence. (to advance the discovery of materials, for example).

“It’s more important for investors to know what quantum computing can do, rather than what it actually is,” Erika Karp, executive managing director and chief impact officer at Pathstone, told me when we discussed the analysis of his business. “By using quantum computing, we can solve complex problems that traditional computers simply cannot solve.”

From an ESG perspective, quantum computing technology has the potential to affect just about all of the 17 United Nations Sustainable Development Goals, although Pathstone sees the most dramatic potential associated with five in particular:

“Our thesis is that you can invest both ways, public or private, but when it comes to public markets, there’s a much more nuanced opportunity, because you’re not investing in technology, you’re investing in application, use case of technology,” Karp observed. (For our entire interview, listen to the Feb. 11 episode of the GreenBiz 350 podcast.)

To be clear, most ordinary people won’t have access to serious quantum computing power for years. The true mainstream impact of quantum computing will only be felt in the 2030s, with the Boston Consulting Group predicting last year that the technology could create $450-850 billion in “value” over the next 15-15 years. next 30 years.

Still, about 20% of CIOs will start allocating a portion of their IT budgets to quantum computing within the next two to three years, according to another forecast from technology research firm Gartner. This is another reminder of why digital technologies will be fundamental in the just transition to a clean economy and a signal to those affected by companies’ ESG strategy to consider the possibilities.