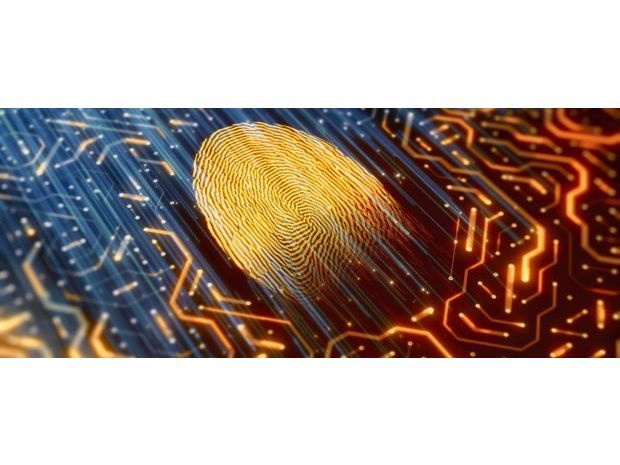 Canada is lagging behind other advanced economies in adopting digital ID to access government services online, the federal government’s CIO warned at a conference of identity professionals.

“We were in a position to be ahead, and we’re behind – in fact, we’re a long way behind.” What is needed is “focused action, funding, resources and, frankly, focus” from all governments, she said.

She made the statement as the Liberal government prepares to announce a new federal budget on Thursday.

British Columbia is considered the leading jurisdiction for digital identity, followed by Alberta, Quebec and Ontario. However, last week Saskatchewan suspended plans to expand digital ID, saying it wanted to see progress in other provinces.

Luelo noted that the Prime Minister’s mandate letter obliges his patron, Treasury Board President Mona Fortier, to work “towards a common and secure approach for a trusted digital identity platform to support seamless services to Canadians across the country. Fortier’s mandate also includes federal digital transformation and the updating or replacement of obsolete computer systems.

Digital identity, she added, is a “high profile file” in government. “I think we have a coalition of the willing at the political level.”

Digital identity refers to secure ways for residents to access federal, provincial or municipal data and services about them online without having to remember a password. Ideally, a single federal digital identity will allow a resident to access a wide variety of federal services.

Not all issues have been resolved. In fact, an introduction to a 2021 digital identity video created by the Canada School of Public Service, an online education portal for public service, says digital identity “remains a distant promise. “.

Governments and the private sector have been working on the issues for some time through the Digital ID and Authentication Council of Canada (DIACC), which has created a pan-Canadian framework for digital ID projects.

One way is to allow residents to store personal information on their smartphones for selective use. For example, when someone needs to prove they are over the legal age to buy alcohol or enter a bar, instead of showing a driver’s license that includes not only their date of birth but also their address. personal, the smartphone app can be configured to only show a check mark that confirms they are the correct age.

British Columbia is the most advanced in digital ID. Its BC services card and mobile app allow residents to prove who they are when accessing provincial services online.

Leulo, who has been in the role for just nine months after serving as CIO at Air Canada, did not elaborate on why Canada has fallen behind on digital identity. “We’re just starting to roll out ‘doing government in the digital age,'” she said at one point. Among her priorities, she added, is the management of old IT systems that need to be replaced.
However, at one point she also said that “there is a lot of misinformation in the system around digital identity.”

“We need to educate Canadians a little better about what digital identity is and isn’t,” she said at one point, “how it works with security and privacy and how it can be a way to give Canadians control” over their data.

In a separate session, Senator Colin Deacon was more pointed. “I get letters saying digital ID is preventing things they want,” he said. “It’s completely misunderstood, and it worries me because they would be protected in a way that they say they want to be…It’s a very worrying question because the things that we need to move us forward are prevented.”

Conference co-chair Aran Hamilton complained during the same session about anonymous people “seeking to create opportunities for leadership in the country by sowing misinformation, disinformation, actively trying to mislead Canadians making them believe that digital ID, for example, is not created to give them more control and more access to the global digital economy, but created as a plot to undermine their rights.

Leulo said the quick move by provincial and federal governments to digitize services due to COVID-19 shows how quickly bureaucracies can move when needed. A great example, she said, are the vaccination attestation apps created by provinces that can also be used as proof of vaccinations required by Ottawa for air and train travel.

“COVID has caused us to move fast on files we never imagined and bring something to market based on the pan-Canadian trust framework that can be used for federal purposes but released provincially,” she said. Not only did this show that Ottawa, the provinces and territories can work together, she added, but it also showed how they can think about digital ID.

On digital ID, Ottawa will have “staff, will have milestones, we will show progress,” she promised.

Part of the problem, she says, is confusion over who does what. “We have to say what the provinces have to do, what they are doing well; here is what the federal government should do and does well; what the DIACC should do, the CIO Strategy Council should do, what the standards [Council of Canada] has to do, here is where the private sector has figured this out. And, she added, governments must listen to what Canadians want.

“But we don’t have to design everything before we start,” she said.

“Government well delivered digitally has a great opportunity to create an environment of trust,” she said. “And trust is the foundation of democracy.”

The conference ends on Wednesday. One session will see five provinces and one territory give updates on their digital identity progress.

The Post Canada is “far behind” other countries in digital IDs, according to the federal CIO who first appeared on IT World Canada.

This section is powered by IT World Canada. ITWC spans the enterprise IT spectrum, providing news and information for IT professionals looking to succeed in the Canadian market.

Sign up to receive the best daily stories from the Financial Post, a division of Postmedia Network Inc.

Thank you for your registration!

A welcome email is on the way. If you don’t see it, please check your spam folder.

The next issue of Financial Post Top Stories will soon be in your inbox.

We encountered a problem during your registration. Try Again